Harry and the Flintstones

Mashed up this week: Harry and the Hendersons and The Flintstones (beware of potty humor on this one).
The human race’s knowledge of Bigfoot and
his species is very limited. For example, there’s a common misconception that
Bigfoot is a violent and angry creature. This is far from true, which is
depicted in Harry in the Hendersons. In fact, that film is probably the most
accurate account of Bigfoot available to the general public and is the best resource
regarding species temperament for a Bigfoot researcher to see. The film (which
would be better described as a documentary if there weren’t a cover-up involved),
took certain liberties such as leaving off Bigfoot’s bullhorns and curly tail
like that of a pig. But aside from minor details like those, the story is
fairly accurate. Unfortunately, a prequel explaining more of Bigfoot’s
(Harry’s) back-story has never been produced, as his privacy is protected by
the government. Fortunately though, Harry has granted some reporters access to
portions of his biography, including his previous relationships with humans. He
recently confessed the Hendersons were not by any means the first unsuspecting
human family he has encountered in his life.

He hasn’t specified the year of his birth, but Harry’s lifespan far exceeds
that of any human. He first encountered humans in the Mesozoic Era during one
of the hottest season’s the world had seen to that date. It was his first
summer break after Bigfoot hunter’s training class, and with all the other
adolescents, he set off for a vacation at Itchy Back Bay. This was back in
Harry’s bachelor days and he was looking to have some fun. Little did he know
he would in fact meet a girl and have some fun, but not in the way he had
planned.
It was just before the Big Dino BBQ at the
Itchy Back Bay resort when Harry was relaxing by the bay. Breaking the
stillness of the quiet water and calm evening, Harry heard the off-putting
sound of squeals coming from the nearby brush. At first he dismissed them as
the conversing of pigs, but the sound grew louder and more persistent. Though
he was hesitant to depart from his comfy spot at the bay, curiosity got the
best of him. About ten minutes into the thick trees, an atrocious smell began
filling the air. But the sound was so close, and so obnoxious, Harry had to
finish searching for its source. And he did come upon it very quickly. So
quickly in fact, that he fell smack into the same icky dinosaur droppings as
that of the source of the noise. It was a human toddler.
Earlier that same day, the small child had
been stolen from her parents by a pterodactyl. But, the girl had screamed and
scratched at the creature, until it had released her. That was when she landed
in the dinosaur waste pile.
Despite her stench and the terribly
annoying sounds the girl had been emitting, Harry immediately felt bad for the
innocent little human. He also realized quickly that the dinosaur scat wasn’t
that of a friendly species; it was from a Tyrannosaurus Rex. Being not much of
a talker, it wasn’t easy for Harry to communicate with the little red-head
girl, but he tried to explain that they’d be okay and decided to call her a
fitting name for her predicament: Pebbles. He hurried to pull her up from the
mess and onto his back where she clung tight. His Bigfoot strength working to
his benefit, he was able to maneuver out of the stinky pile. Running at full
speed, Harry arrived back at the resort where he warned everyone about the
nearby Tyrannosaurus Rex. He then inquired where the small child may have come
from. The harry Bigfoot resort women pointed to a nearby town. So he took the
girl to the down and located her family. Pebbles parent’s Fred and Wilma, were
overjoyed that their baby girl had been saved, though they were worried she
might not ever smell normal again. And that was the first time Harry met
humans. 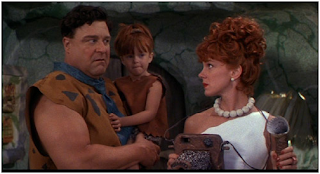 P.S. The wonderful Cherie Reich has interviewed me over at her place. Drop by and give her a visit and find out what I had to say about imagination.