Katniss and Alice – Undercover in the Capitol

The sixth installment of the Resident Evil movies is planned
to be the most riveting of all, as Alice is rescued from the Zombie apocalypse
by a young woman called Katniss Everdeen. She escapes her monster filled world
only to learn that the Umbrella Corporation is actually an advanced warrior
training program implemented by President Snow.
Alice begins to remember her true past in which she once
lived a hungry life in District 11 before becoming the subject of Snow’s lab tests
and brainwashing. Furious at her previous captors, with the help of her long
time friend, Katniss (who recently won the hunger games), Alice attempts an assassination
of President Snow. 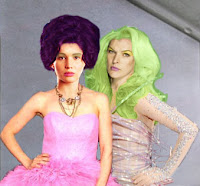 Undercover in the capitol, the two ladies learn President
Snow spends an hour every afternoon is his garden tending the roses. Planned
very carefully, they were ready to take him down when by unhappy chance, Effie
discovered Katniss. Panic almost ensued, before Katniss cleverly explained that
she was practicing her image, fashion abilities and manners. Alice slipped away
un-noticed.

Cornered
in the garden with Alice’s gun to his temple, Snow seemed to have no escape.
But when he revealed to Alice that he was her long lost uncle, her only living
family member, she couldn’t pull the trigger. Her compassion was the end of
her. Snow daggered her to death, without a second thought.

“A pity” he thought. “She could have been the undoing of my
enemies.”
(If you are new to movie mashup Mondays, I just want to
point out that this is just a fun story line clash of these movies. This doesn’t
actually have anything to do with Resident Evil 6, the Resident Evil movies in
general or The Hunger Games series J)
Thanks for joining me today everyone! Have a wonderful week. 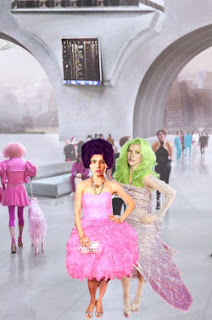 The Perks of Being a Wallflower response Who’s your favorite prince? Will it be the Faerie Prince?