Magna’s Plea and The Faerie War!

Two very
wonderful Authors, Cherie Reich
and Rachel Morgan, released
publications in the last few days and I wanted to make sure anyone stopping by
Anything Imagined gets to hear about it.
Magna’s Plea 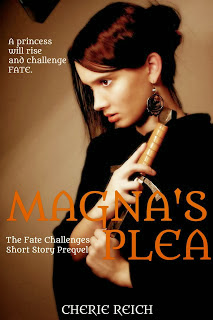 Magna’s Plea, by Cherie Reich, is a YA Epic Fantasy prequel short story from The
Fate Challenges series.
A princess will rise and
challenge Fate.

While her father, brothers, and people fight against the Kingdom of Apentha,
tenacious eighteen-year-old Princess Magna can only watch the destruction of
Amora, her besieged city and kingdom. Her mother, Queen Vyvian, has refused to
allow her heir to join the fray.

But Magna won’t take no for an answer. She seeks out an end of the war from
Prince Cyrun of Apentha, their prisoner. If she can’t persuade him toward
peace, then Amora may fall.

This short story prequel includes a sneak peek of Reborn, Book One of The Fate
Challenges, forthcoming May 2014. 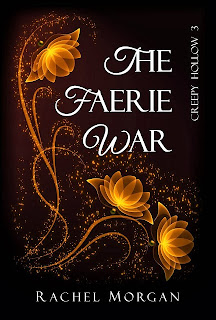 Violet Fairdale is in big trouble. Her home is gone, her
beloved forest lies in ruins, the guy she gave her heart to has deserted
her—and she doesn’t remember any of it. The powerful Lord Draven is taking
over, brainwashing guardians into fighting for him. No one is safe from the
evil spreading throughout the fae world.

As alliances are forged between the remaining free fae, Vi struggles to reclaim
her identity and figure out where she belongs in this new world. When someone
from her past shows up, life gets even more complicated. He brings with him a
long-forgotten weapon and an ancient prophecy that places Vi at the center of
the fight against Draven. With the future of the fae world at stake, can Vi
carry out the prophecy’s instructions before it’s too late?

Like what you read, buy The Faerie War here!
Juno Scissorhands The Hoonies and Sunshine Award!

Win a $15 Starbucks Gift Card & Other Prizes During The Realms Faire!

The Realms Faire! Lady Girdner is Jousting Happy Friday Everyone! All week I’ve been mentioning the Realms Faire. I’m super thrilled that I’ll be featured in the Faire today at http://mpaxauthor.com/blog/. If you have a few minutes, pop by and thank MPax for hosting this event and leave me some comment love mentioning the key words listed below. […]

What will you find in the “Throwback Thursday Fantasy Relay” series? I’ll feature either a fantasy book, TV show, or movie, share some lesser known information on it and if I’m familiar with it, I’ll share a brief review as well. The fantasy genre is vast, encompassing epic fantasy, contemporary fantasy, and more, so this series is full […]