Last week was very exciting because I got to join a good reads live chat with Terry Brooks.
How the live chat worked: Invited guests were allowed to previously submit questions. Because there were about 100 people joining the chat, not all questions were covered.
As I’ve mentioned before, The Elf Queen of Shannara has been my favorite book since early high-school.
There is something I connect to about his strong female leads and ability to create mystery. I’ve only gotten around to reading five of his books (so far), though my goal is to someday read the entire Shannara series. So, without further ado, I am very happy to share with you the main highlights from Terry Brook’s live chat. 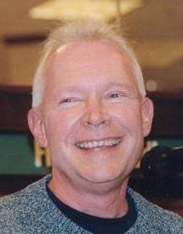 Terry Brooks Goodreads Live Chat
(Question wording is not verbatim as I was trying to keep up in my notes)
April 2013
1.
Terry, what are your influences?
He cited Tolkien as a heavy influence, especially on format. Other influences were not acutally fantasy writers. He reads everything from contemporary fiction and women’s fiction to exploration stories (stories going to strange places). He talked about how a lot of military books really affect the way he
approaches conflict in his works.
I found that very insightful to think about. I try to branch out some on my genres, but now I am inspired to expand even more.
Before writing you were an attorney. What kind of lawyer? Did that affect your writing?
Terry said he was a great lawyer (with a silly chuckle). He said it was good training because working with people and seeing their difficulties translated to dealing with character building. He said it didn’t influence his style, but did help with discipline, organization and planning. His lawyer response made me laugh. He certainly keeps a sense of humor.
3.
How do you keep yourself inspired?
Don’t ever start something you are not truly connected with and be sure readers can connect.
4.
How do you keep track timeline, names, etc?
Used to have timelines. Now he has reference guide publishers do (again, this was another funny moment he laughed about).
5.
Are you planning to create movies?
He said Shannara has been auctioned 4 times. The series is actually with Sonar and they are trying to plan a television production.
6.
Describe a typical day of writing?
Confined space, organized, things are in their place, quiet. He doesn’t work every day. He has learned it is better not to push too hard. Biggest part is to be there in the chair in front of the screen, even if you just stare at the screen. That is the first step to make things happen. It helps to have some kind of goal.
7.
What advice would you give to author starting out?
1. Sit down and write
2. Be patient (it is easy to think opportunities slip away). So take time to find voice!
3. It is a business, treat it that way and be professional at all times
This was possible the most impactful answer for me. It is good advice that I really appreciate him sharing.
8.
About publishing: What do you think of self-publishing?
He acknowledges we are still going to see continued changes. He sees the positive of more interactive readers. But he personally doesn’t enjoy ebooks, he likes the real thing.
I got the impression he feels it has its place. It just isn’t something he relates too much.
Check out Terry’s latest release Bloodfire Quest: 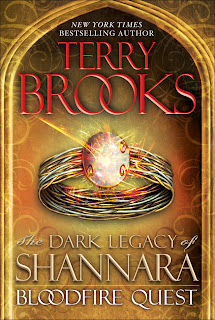 This series is called Fellow Creatives. These posts are my chance to get to know other creative of all kinds: Writers, Visual Artists, Musicians, and others may be popping by too. If you call yourself a creative and want to participate, submit your link in the Fellow Creatives link list on the right side menu. […]

This series is called Fellow Creatives. These posts are my chance to get to know other creative of all kinds: Writers, Visual Artists, Musicians, and others may be popping by too. If you call yourself a creative and want to participate, submit your link in the Fellow Creatives link list on the right side […]

This series is called Fellow Creatives. These posts are my chance to get to know other creative of all kinds: Writers, Visual Artists, Musicians, and others may be popping by too. If you call yourself a creative and want to participate, submit your link in the Fellow Creatives link list on the right side menu.  […]